PDP has never won an election in Kaduna – El-Rufai 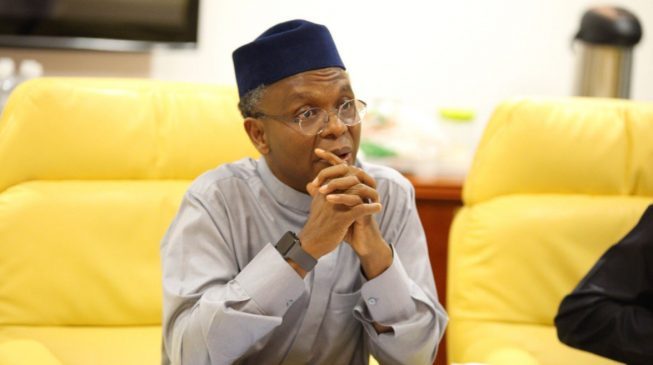 PDP produced four governors in the state between 1999 and 2015 when Mr El-Rufai was elected on the platform of the All Progressives Congress (APC). ‘s

But in a Channels Television talk show, Sunrise Daily, on Thursday, the governor said the PDP has been stealing the people’s mandate in the state.

Asked if he was astounded by the large crowd at the PDP governorship rally on Tuesday in Kaduna, Mr El-Rufai simply replied: “I am not worried about the crowd, the PDP always rent a crowd. We are connected to the ordinary people.”

Mr El-Rufai had previously made a similar allegation when he said during the inauguration of his campaign committee in Kaduna in December that majority of the persons at the PDP presidential rally in Sokoto were hired from neighbouring Niger Republic.

“The PDP usually rents crowd and being in the Government House, I now know for sure checking back on the records that the PDP has never won the governorship elections in Kaduna State, they always stole it.

The governor also said that his choice of a female running mate was out of competence. He disagreed that running a Muslim-Muslim ticket will make him lose votes in the majority Christian southern Kaduna axis.