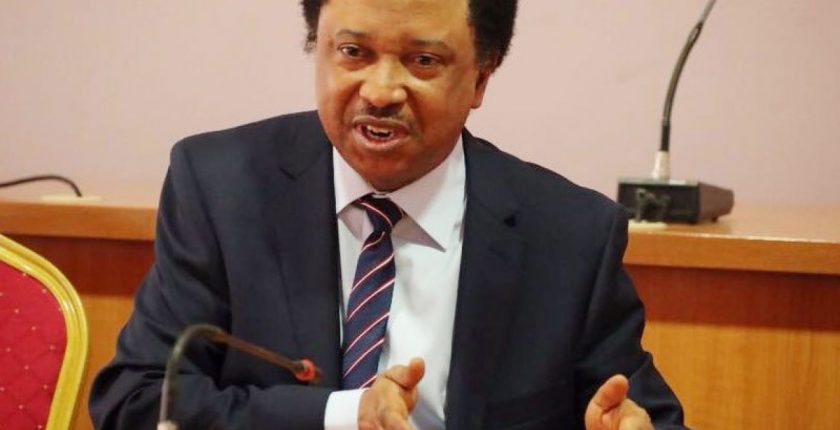 Shehu Sani, former Kaduna Central Senator, has said Bola Tinubu, National Chairman of the All Progressives Congress, APC, was no longer neutral in the crisis rocking the party.

Sani made the remark in response to Tinubu’s comment on the plot to remove Oshiomhole as National Chairman of the APC.

Oshiomhole has been at loggerheads with some members of the party.

Against this backdrop, Governor Godwin Obaseki of Edo State, Minister of Transportation, Chibuike Amaechi; Minister of State for Labour and Employment, Festus Keyamo; former Edo state governor Oserheimen Osunbor had called for the removal of Oshiomhole.

Also the immediate past Director General of Nigerian Maritime Safety Administration Agency (NIMASA), Dakuku Peterside and other leaders of the party in the South South, had insisted on Oshiomhole’s removal.

They agreed to replace the former Edo State governor with the Acting National Secretary of the party, Victor Giadom.

The South South leaders and other members of the party also insisted that APC’s National Executive Committee, NEC, scheduled for Tuesday, must hold.

However, Tinubu yesterday broke his silence on the crisis and warned against plot to undermine and remove Oshiomhole as National Chairman.

Reacting, Sani in a tweet wrote: “ASIWAJU has jumped off the fence,ended his silence and neutrality and fired a barrage of cruise missiles from the Atlantic into Berlin.”