KADSTEP > Blog > Entrepreneurship > KADSTEP > Advancing the cause of public schools

Advancing the cause of public schools 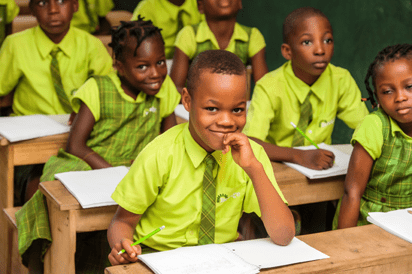 I SAY, if you are one of those who think that the Red Chambers in the National Assembly is a retirement home for former state governors, you better have a rethink.

Some of the former governors that have just been inducted into the Senate are setting the hallowed chambers ablaze with new ideas. Borno Central Senator Kashim Shettima’s debut speech at the Senate plenary on the neglect of public schools went viral on the social media not only because of the content which I trust is contemporary but also because of the passion he poured into the speech. Here is a snippet:

“And incidentally all of us here, were the products of public schools system. And believe me, posterity will judge us harshly if we allow the public schools system to collapse in this country. We can send our own wards, our own children, to the poshest private schools, deluding ourselves that the children of the poor can rot away, and when the time comes, we can use them as political thugs for our electioneering process.

“Believe me, these children of the poor that we abandoned might end up being the Frankenstein monster that will consume us. I will urge distinguished colleagues to treat this matter with all the seriousness it deserves. Thank you so much.”

Phew! I say, that was hitting the nail on the head. No niceties about it. No beating about the bush. But I had expected this kind of passionate plea from the senator because of what he experienced as governor of a state whose educational system had come through some of the worst traumas ever. Even before Boko Haram terrorists made facilities in educational institutions sitting ducks for destruction, Kashim, at the beginning of his tenure, had inherited the largest number of public schools in the country with most of them in dilapidated conditions. Despite contending with the murderous campaigns of the insurgents and the stream of the unfortunate IDPs it generated, Kashim, to his eternal credit never lost focus on the prime need to make improvements on educational facilities a must.

Infrastructure, key for any govt that wants to succeed — Prof. Onwualu(Opens in a new browser tab)

As the terrorists destroyed, he continued to rebuild. By the end of his tenure most of the destroyed school structures were back on their feet. On top of that Kashim had built over 40 mega schools spread around the state. These are schools that were built and equipped over the last few years under the strict supervision of the governor. The schools have air-conditioned classrooms with the latest teaching equipment, well stocked libraries and rooms filled with computers. Each school is solar-powered.

The schools that are now poised to open their doors to new students have a unique admission policy that is deliberately skewed in favour of the poor and the deprived. The schools would be properly funded and run separately in the hands of public-spirited individuals who would make the success of the schools a beacon to others. As one of his last functions as governor, Kashim Shettima received President Buhari in May when he came to commission some of the mega schools located in Maiduguri.

I contend that Senator Kashim Shettima might not even be saying anything new at the Senate. It had been a familiar refrain in many speeches he had made in various fora. I assume then that he was only laying the right emphasis on the collective wrongs we are committing and reminding us of the dire consequences that could follow. Admittedly it has been downward slide for public education since the early 1980s, particularly in the North whose terrain I am more familiar with. The rot started manifesting in the primary schools, then the secondary schools caught on and in due course the universities were engulfed.

Many of us over the age of 50 now had the best rub of public school education in this country. One would be accused of wallowing in undue nostalgia but facts are sacred and need to be retold. I recall the senior primary school I attended in Maiduguri in the mid-1960s. It was situated on the Dandal and in terms of land area could compete with the Shehu’s Palace. It contained only three streams of three classes but had the best of all the facilities that make up a school – roomy classes, excellent boarding facilities complete with dining and games facilities. We were also provided free uniforms and books.

The secondary schools had similar conditions. The one I attended in the late-1960s, Government College, Keffi had physical facilities that can compare to many universities now. I doubt if the university across the road now in Keffi would have the same space as the college had then. I recall that besides excellent classrooms, there were laboratories for each science subject and a wood workshop. There were conducive boarding facilities complete with a dining hall and kitchen. The sporting facilities were unique.

The college had a cricket pitch complete with the arena, a basketball court, a hockey field, several football pitches, a lawn tennis court and an athletics field plus several table-tennis tables in the boarding houses. There was even a grand piano seated in the assembly hall. Actually many of these facilities were basic in most secondary schools in the North then. Check out Barewa College in Zaria, Government College Kaduna, and the like. But all these public schools have been systematically run down over the years. Now only the children of the very poor go to these famous schools.

The unique thing about those famous public schools then was that they were patronised by all and sundry – the children of the rich and powerful as well as the children of the poor and deprived.  I recall that in the period I lived in Keffi, we had the son of the late prime minister as a student there, the son of the chief of staff Supreme Headquarters, son of a state governor, sons of ministers (one of whom was destined to be the President of the Republic), children of permanent secretaries, captains of industries together with the children of the very poor from remote villages, all living and studying under the same conditions.

There was a level playing field for all then without the present barriers that consign the majority children to poorly run public schools and a few to the private schools.

Advancing the cause of public school is a worthy endeavour and I expect Senator Shettima to be relentless in its pursuit. We should return to the educational system that serves us all without discrimination. The present system that precludes a large percentage of the population is a sure recipe for a future disaster. I hope the senator will convince his peers to come up with laws that will see to a return to well-equipped and well-funded public schools that would be attractive to all categories in the society.